Amsterdam Castle Muiderslot and Fortress Island Pampus are part of the Defence Line of Amsterdam. Amsterdam Tourist Ferry sails from Amsterdam to the Defence Line. A visit to Pampus or Muiderslot, can be combined with a visit to other sites and fortresses, like the fortified town of Muiden.

What is a defence line?

Extending 135 km around the city of Amsterdam, this defence line (built between 1883 and 1920) is the only example of a fortification based on the principle of controlling the waters. Since the 16th century, the people of the Netherlands have used their expert knowledge of hydraulic engineering for defence purposes. The centre of the country was protected by a network of 45 armed forts, acting in concert with temporary flooding from polders and an intricate system of canals and locks.

A remarkable defensive ring made up of 46 forts and batteries as well as a multitude of dikes and sluices encircles the Dutch capital of Amsterdam. It’s the Defence Line (or ‘Stelling’) of Amsterdam. An extraordinary monument of Dutch military history, the Defence Line is listed as a UNESCO World Heritage site.

After the liberation of Holland by the allied forces in 1945, some of the forts were put to use as prisons. During the Cold War the buildings mostly served as storage facilities. By now, many of the forts and batteries have been given another purpose.

Ask us a question

From April until October

During the May, Summer and Fall holidays

There is a daily morning and afternoon departure

Departure at 1.15 pm (except Saturday)

Note: Monday the Ferry is closed 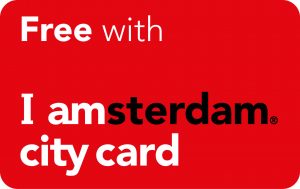